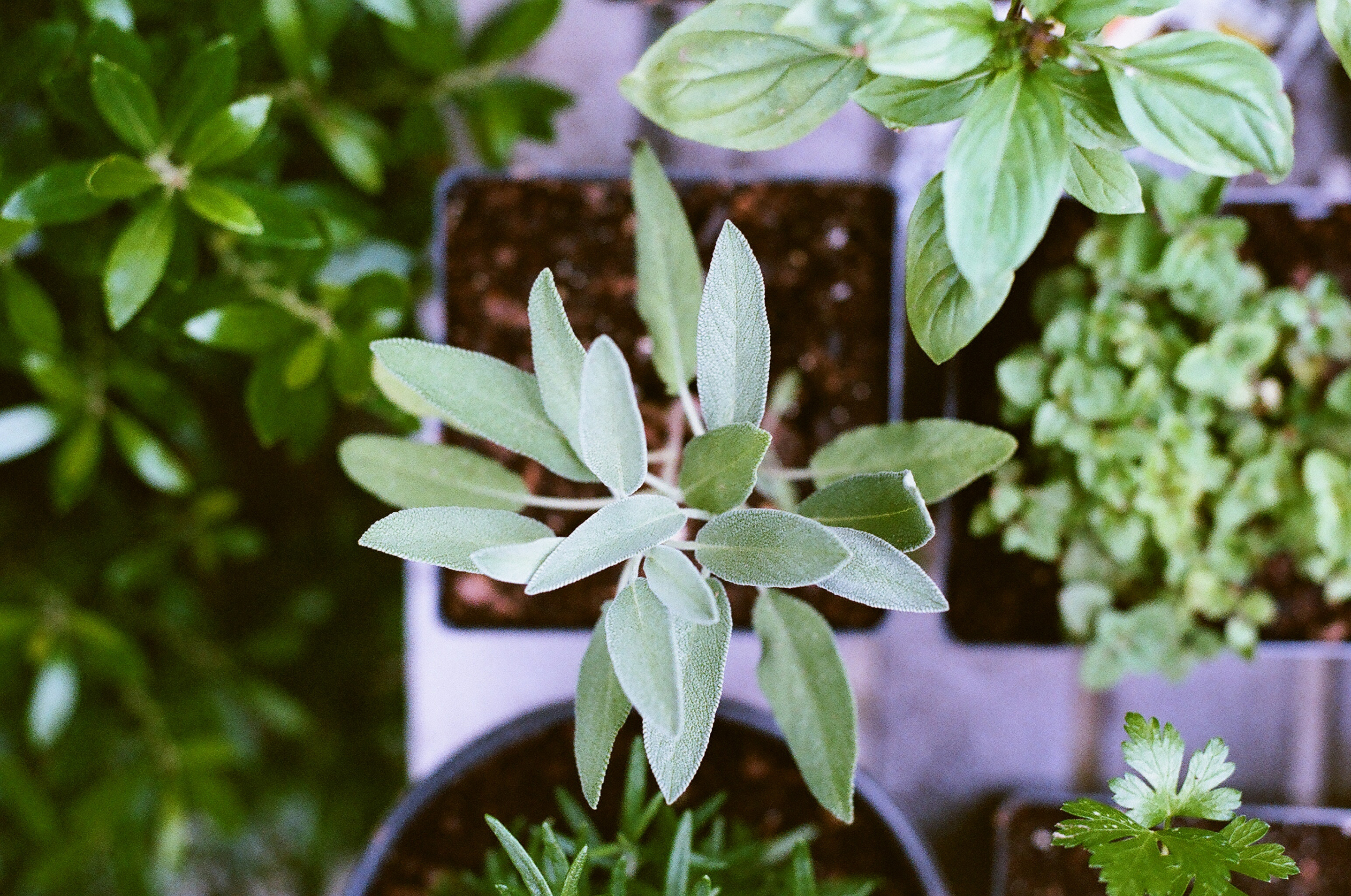 Sleep is a problem for many people. Looking for something other than melatonin? Did melatnoin not work for you? Natural melatonin alternatives to help you fall asleep faster and stay asleep.

Is hard for you to get to sleep, and stay asleep? You are not alone. Millions of Americans have trouble sleeping. In fact, the Centers for Disease Control and Prevention (CDC) reports that 35% of adults in the US are not getting the recommended seven hours of sleep each night. That means more than one in every three people you pass on the street is suffering from sleep deprivation.

As technology is more easily accessible, it is becoming increasingly difficult to maintain those ‘best practices’ that allowed us to rest as consistently as we did in the past. Our ever present connection to the outside world affects everyday routines like getting to bed on time. This has caused many to turn to either pharmaceutical or natural sleep aids to lull them more quickly to sleep.

Melatonin is a popular natural remedy for a lack of fatigue. Melatonin regulates our bodies’ circadian rhythms, which establish our sleep-wake cycle. It has been scientifically linked to decreasing sleep latency – the time it takes for us to nod off. However, its side-effects can outweigh the time one saves in falling asleep.

Similar to many dietary supplements, melatonin has not been tested for long-term use on humans, but doctors widely agree that it is safe to take over a short period of time (up to three months). While many people praise its quick-acting sleepiness affect, they also lament over feelings of grogginess the following day. Some even link their use of melatonin to increased symptoms of depression. Others confirm swiftly falling asleep, but not securing a full night’s rest under the effects of melatonin, waking up in the wee hours of the morning.

Whether you have tried melatonin yourself and have found it wanting, or you have heard enough forebodings to keep you from testing it yourself, there are still several other natural supplements and methods that can be used to improve your overall sleep performance. Below is a list of eleven natural melatonin alternatives you may or may not have heard of, each of which will draw you further towards a healthy and long-lasting sleep.

This natural sleep aid has been used for thousands of years by the most ancient cultures, from China to Greece to India. The Romans even used Valerian as a sedative in their high-ruling times. A native of Europe, this tall, flowering grassland plant is not only associated with reducing sleep latency, but also with attaining a full night’s rest. Valerian increases the brain’s levels of gamma-aminobutyric acid (GABA), a chemical which calms the body. Valerian not only helps you get the rest you need, but it also reduces both stress and anxiety, making it even easier for you to fall asleep.

What’s nice about this natural supplement is that you can ingest it in more than one way. You can swallow it in pill form, or you can open the capsule and pour it into a glass of hot water, creating valerian tea. You can also buy ready-made Valerian Root tea.

L-Tryptophan is an amino acid that produces an increase of serotonin in your brain, the chemical famously known for creating feelings of happiness. Serotonin also helps our bodies’ production of melatonin, which helps us to reach a state of quality sleep. However, taking a natural tryptophan supplement can help you increase your melatonin levels without directly taking a large dose of melatonin and suffering from its aftereffects.

L-Tryptophan can be found in many commonly eaten foods, including milk, eggs, poultry, cheese, and fish. However the L-Tryptophan we ingest through food does not boost our serotonin levels, rendering a natural supplement of the amino acid necessary in order to have an impact on our sleeping patterns.

An added dose of L-Tryptophan supplement can also help with more than just getting to sleep. It has been associated with an increase in athletic performance, reduction in premenstrual symptoms, and has even been used as an aid to quit smoking.

An all-around winner when it comes to amino acids, L-Theanine has been shown to increase relaxation – but can also increase sharpness of thinking when paired with caffeine.

L-Theanine is most commonly found in green tea, as well as several other types of tea leaves, and a few types of mushrooms. It functions by decreasing feelings of anxiety and stress, and was even shown in one study to help boys suffering Attention Deficit Disorder (ADD) sleep more soundly.

Speaking of tea, this beverage (usually served warm) has long been associated with feelings of calm, tranquility and sleepiness. Herbal tea is packed with herbs that are designed to induce fatigue. Some of the best herbs to bring about a feeling of tiredness are nettles, lavender, ashwagandha, saw palmetto, and licorice root. While some of these names may sound foreign, most of them can be found in commonly known herbal teas like chamomile. In fact, several herbal teas contain the same compounds as can be found in natural sleep aids like valerian.

While teas with a high caffeine content (like black tea) can help you to come out of your morning funk, herbal teas can help you initiate bedtime behavior. According to a study conducted on postnatal women in Taiwan, those that drank chamomile tea for a period of two weeks were found to present less physical symptoms related to sleep inefficiency than those who did not drink tea.

Scientific research aside, there is something about a warm, aromatic cup of comforting herbs that calms the mind and the body. So, whether it’s thanks to true sleep inducing herbal powers, or just the placebo effect, try adding a cup into your nightly ritual and see if you don’t doze off more easily than usual.

It is not uncommon for people to have unbalanced levels of magnesium in their body, particularly women and the elderly. This essential mineral is in fact one of the seven essential macrominerals that our bodies demand in high quantities. What’s more, we don’t produce it naturally, and thus it must be consumed by outside sources such as legumes, dairy products, meat, leafy greens – even chocolate and coffee! However in order to harness the sleep benefits of magnesium, we must take it as a supplement to creating lasting effects on our sleep-wake cycle.

Studies have shown that almost half of the US population has below the recommended level of magnesium in their bodies, which can inhibit a good night’s sleep. Magnesium helps in managing your cortisol levels, which if left unchecked, can lead to massive stress. A lowering of cortisol production calms the body and allows it to “let go,” leading to an easier path towards rest.

Are you able to fall asleep with relative ease, but find yourself more awake than ever in the middle of the night? This particular amino acid may be just what you are looking for. A natural glycine supplement not only boosts serotonin levels – which we learned earlier increases our body’s natural production of melatonin – it also has been shown to help difficult sleepers make it all the way until morning without waking up. Some people have even said that it helps them to feel more rested, even following those nights when they have slept less than usual.

However, glycine is not just used as a sleep aid. This colorless crystal is best known as a sweetener, and is commonly used as an additive in foods, as well as a supplement to pharmaceuticals and even IVs. It is also commonly used in medications that combat the effects of schizophrenia.

Lavender is one of the most popular and pleasant scents. It also happens to be incredibly helpful and putting you to sleep, due to its relaxing effects on the human body. But this is not a subjective observation, it’s backed up by science.

The Lavandula plant, a member of the mint family, has been scientifically linked to better quality of sleep and more daytime energy, after one scientific journal compared its effects on college students against a placebo. Another study also found it improved sleep in middle-aged women and patients suffering from heart disease.

Originating from the Mediterranean region, this plant is used in all sorts of forms, from dried leaves to essential oil extracts, all of which have shown to induce feelings of relaxation and ease. The Journal of the Medical Association of Thailand conducted a study in 2012 that linked the inhalation of the lavender scent to a reduction in heart rate, skin temperature, and blood pressure.

Passiflora incarnata has a notable English name, which many have attributed to Spanish missionaries who discovered it in the 16th century while traveling in the Americas. Hailing from the Southern US, as well as Central and South America, many indigenous tribes used passion flower for its calming effects on the body.

Whether taken in a capsule, inhaled as an essential oil, or even ingested as a tea, passion flower has been used to treat everything from mild anxiety to insomnia and hysteria.

Its effects are effective and safe in both children and most adults (though, pregnant women should consult their doctor before using passion flower). In fact, this plant is a core ingredient in a tea used in Germany to help children fall asleep.

5-HTP – short for 5-Hydroxytryptophan, is a by-product of the amino acid we have already covered in our list, L-tryptophan. While the latter is not made naturally in our body, 5-HTP is – however our natural levels of production decrease as we age.

When produced in supplement form, from the seeds of the Griffonia simplicfolia, native to West Africa, 5-HTP helps the body to produce more serotonin and natural levels of melatonin, leading to decreased anxiety and increased sleep quality. It is non-habit forming and linked to increased mental health.

A beautiful flowering plant, clary sage, or Salvia sclarea, is another natural remedy that will help you reach deep sleep. It has been used medicinally for centuries since it was first discovered in the Mediterranean area, where it grows most abundantly. It is also cultivated in parts of the Middle East as well as North Africa.

Whether used with a diffuser or ingested as a pill or a beverage, this plant’s natural properties soothe nerves and reduce anxiety in the human body. What’s more, it has also been linked to wrinkle reduction.

Often mixed with lavender and other pleasantly relaxing scents, this plant produces a perfume described as fruity, woody, and wine-like.

Last but not certainly not least, hemp oil has been widely used as a sleep aid, as well as a pain reliever. You may have heard references to the use of hemp seeds or hemp hearts as trendy additions to super food combinations, and for good reason. Derived from the hemp plant Cannabis stevia – which is resilient, growing in various environmental conditions all over the world – hemp is linked to lessening chronic pain relief, anxiety reduction, inflammation reduction, and even skin hydration.

It can be made into many forms, i.e. wax, resin, fuel, fibers, etc. Although it is indeed a member of the cannabis family, both the seeds and the oil have low concentrations of THC, the notable chemical found in cannabis which brings about a feeling of euphoria. Used in moderation, hemp can relax and relieve you aches and pains, while drawing you into a deep slumber.

What to do next: